Battlegrounds (or BG) is a form of structured PvP in Rockragnarok. It consists of various game modes where players are randomly split between teams and must fulfill objectives to win. It has unique equipment and consumable rewards for participation. 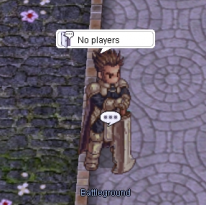 To join look for Battleground NPC at Prontera 148, 167 or simply type @bg. You will be teleported to the BG lobby. You can also use @joinbg 1 - 8 to enter the queue for a specific mode. You can leave the queue by typing @leavebg or by just relog.

To leave the lobby, talk to the Teleporter NPC bat_room 148, 149 and you will be teleported to the city where you joined from.

At the lobby talk to Battleground Recruiter 153, 156 and you can choose between 8 different modes of BG:

Every game played, win or lose, will rewards every participant with BG badges.

These badges can then be transformed into various items on Exchange Machine in bat_room 163, 152