The Airship Assault instance is part of Heroes's Trails, where you follow the adventures of Chaos and his friends. In this instance you must help Captain Ferlock and Chaos to defend the Airship against Arcana The Witch.

You can go to Airship Assault by Warper Agent /navi prontera 165/196 > Instance > Airship Assault. After you arrive, in a party team or solo party, talk with the Dimensional Device /navi dali02 140/81 and Create the instance. 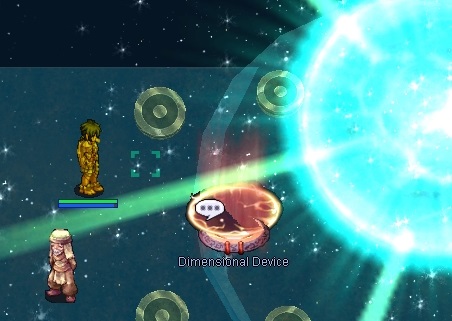 1. When you arrive in Airship, go and talk to Captain Ferlock /navi 1@air1 217/66, a dialogue with Ferlock, Chaos and Iris will begin.

2. An attack will begin on the airship, go down the stairs to the lower deck (portal at east of the ship).

3. Monsters like Rotar Zairo and Beholder will spawn. Kill them all, and clean all the deck.

4. After kill all the mobs, go down to the next floor.

5. On this floor, kill Blue Acidus and Gremlim mobs, kill them and clean the floor.

7. Return to the second floor.

8. Now, you must kill all Beholder and Gold Acidus.

12. Defeat the Crazy Ferlock and save him of the madness.